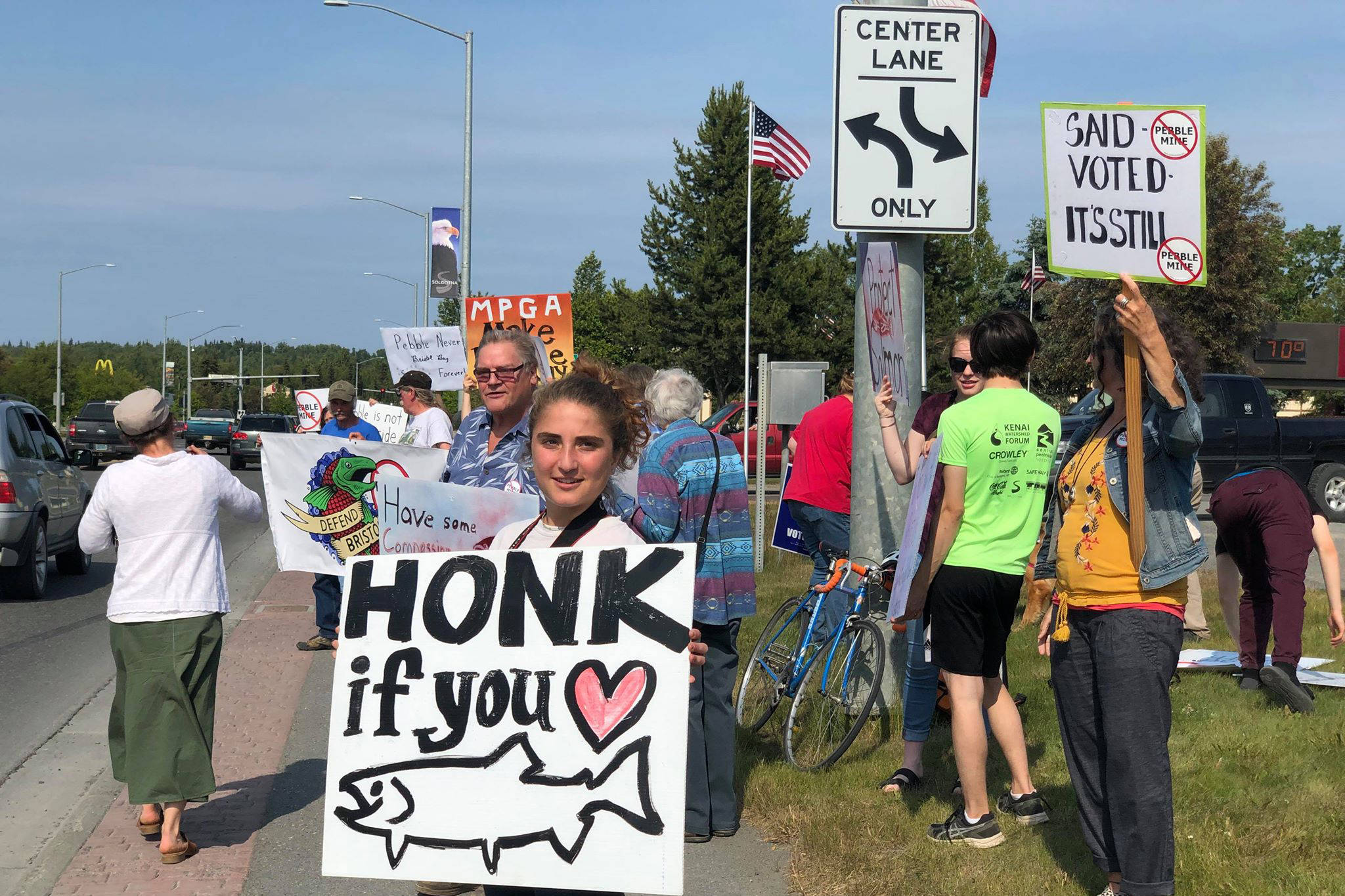 It’s August and that means the silvers are running, berries are ripe, and our D.C. senators are back in state on recess. Alaskans may have the chance to pull them aside at a farmers’ market, on the river, or on a flight, and if they do, I hope many of us will raise the faulty review process for the Pebble mine and ask what they are doing to fix it.

The state and federal scientists and agency experts have raised substantial issues with the assessment of the proposed Pebble mine coordinated by the Army Corps of Engineers. Thousands of Alaskans voiced their concerns. Sen. Lisa Murkowski recently acknowledged that the Corps’ Draft Environmental Impact Statement has “failed to meet my standard of a robust and rigorous process.”

I commend our leaders for being more vocal on this issue, as well as their commitment on keeping Alaska open for business. I am proud that, in many places, we have proven we can develop without harm to the land and water. But the alarm bells are ringing on the Pebble mine proposal. As an Alaskan whose family businesses rely on Bristol Bay’s wild salmon, I am extremely concerned that these red flags are being ignored.

We need action from our elected officials that addresses these warning signs — our responsible resource development reputation, as well as thousands of Alaska jobs and a world-class hunting and fishing region are on the line.

The proposed Pebble mine is unlike other resource development projects and it is far from responsible. It is located in the heart of a landscape that already supports thriving industries. It will create massive amounts of waste, far greater than anything the state has ever seen before. The ore body, according to Pebble’s own data, is very likely to produce acid generating waste, toxic to salmon.

On top of that the Pebble Partnership has uniquely been allowed to rely on outdated baseline data; not study many of the salmon streams that will be impacted; and not submit key details for mine construction, operations, mitigation, or water management. This corner-cutting is the opposite of what Bristol Bay demands and what other companies have committed to doing.

These shortcomings were recently called out. Several agencies stated that the draft EIS formed unsubstantiated conclusions and lacked data, which means the actual risks of the proposed Pebble mine are being downplayed. The State of Alaska, the Department of the Interior and the Environmental Protection Agency all agree that Pebble’s permit lacks precision and critical analysis.

Those who defend the strength of our permit review process are right: it is normally a benchmark for smart, responsible development. However, the permit review process only works when a project backer provides a realistic and detailed application, and the permit reviewers make sure that all the required information has been provided. Neither of these things happened. While this process has played out dependably for other projects in the past, it has not in the case of Pebble.

If you put garbage in, you get garbage out. How do we change this?

Our leaders must hold the Corps and the Pebble Partnership accountable. It was good to see both senators acknowledge gaps highlighted by the EPA, but it’s extremely frustrating that our leaders have not actively pursued fixes to the gaps in this review. It’s even more frustrating to see Gov. Mike Dunleavy actively supporting a mine that most Alaskans oppose.

Alaskans from across the political spectrum have voiced concerns about the Pebble mine and its risk to thousands of fish-based jobs. If the permitting process continues in its current form, it will be at the expense of Alaskans and our economy for the benefit of a foreign entity and a select few. The Corps’ process must analyze the full risks of the project. Anything short of this is not rigorous, a waste of public resources, and it is not enough.

It’s far past time our federal regulators and our elected officials to step in and put a halt to this permit process. It’s failing Alaskans; we demand better.

Indy Walton lives in Soldotna, Alaska, is a financial advisor with Edward Jones Investments, registered Republican, commercial fishes in Bristol Bay and owns a sport fishing lodge downstream of the Pebble deposit with his family.

Indy Walton lives in Soldotna, Alaska, is a financial advisor with Edward Jones Investments, registered Republican, commercial fishes in Bristol Bay and owns a sport fishing lodge downstream of the Pebble deposit with his family.

Voices of the Peninsula: For the sake of students, let’s all do our jobs

Funny River community says ‘no’ to a boat launch