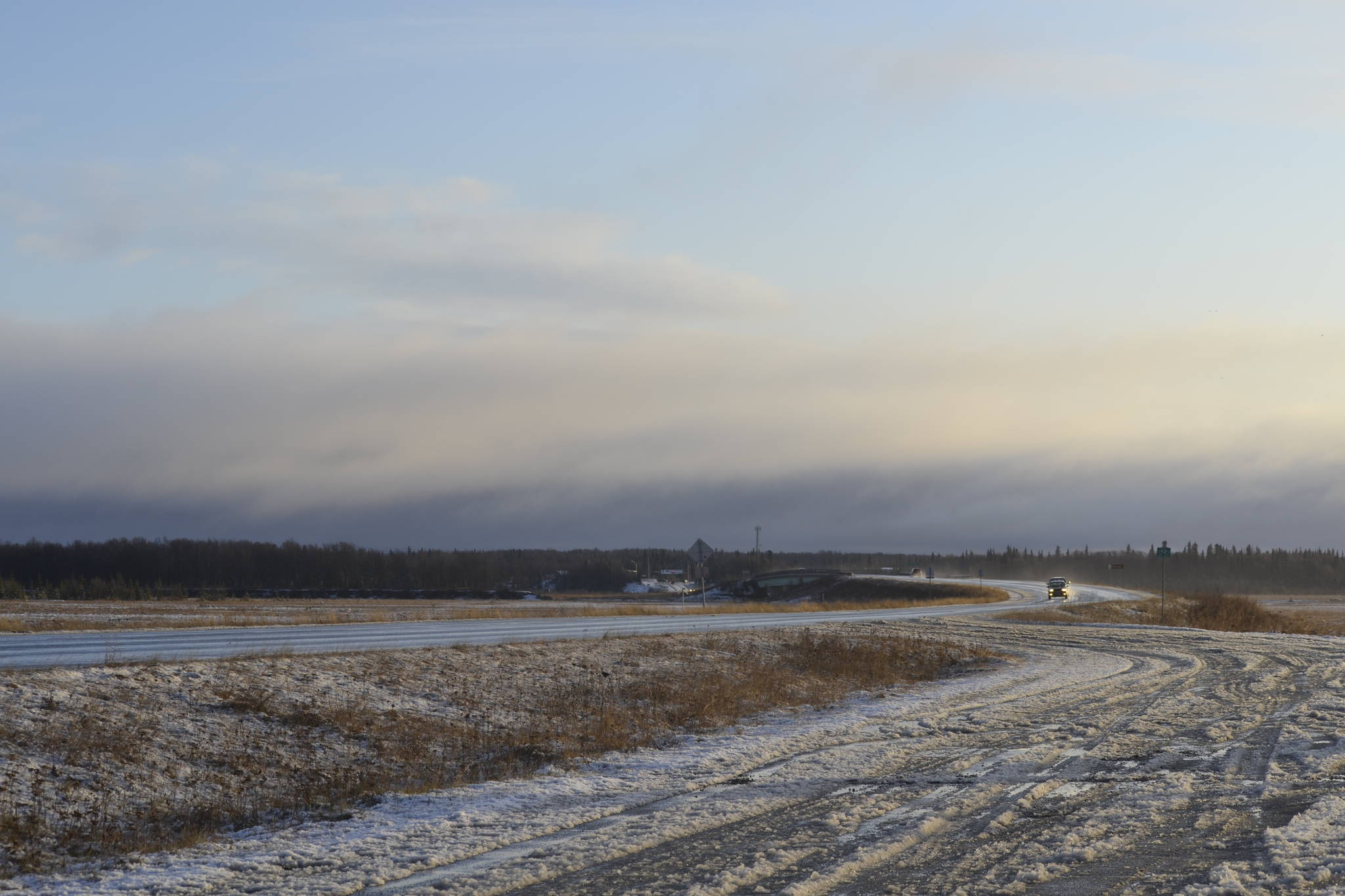 Bridge Access Road was wet and snowless by Thursday afternoon after being covered in snow from an early morning snowfall, on Thursday, Nov. 14, 2019, in Kenai, Alaska. (Photo by Victoria Petersen/Peninsula Clarion)

Kenai and surrounding areas were covered in a blanket of snow Thursday morning after winter storm system moved into the western Kenai Peninsula.

Pam Szatanek, a meteorologist with the National Weather Service Office in Anchorage, said snow was predominately falling in the city of Kenai and nearby areas. She said more snow and precipitation is expected Thursday night.

Another storm system is expected to move into the area again late Monday, she said, which will provide the area with what meteorologists refer to as a “wintry mix,” consisting of snow, sleet, rain and freezing rain.

The northern half of the Kenai Peninsula is still recovering from an unprecedented drought that began earlier this summer. Thursday’s updated U.S. Drought Monitor map shows that the entire northern half of the peninsula is experiencing a level zero drought, characterized as abnormally dry. The peninsula’s northwestern portion, near where the Swan Lake Fire burned over 160,000 acres this summer, is still considered to be in a level one drought, which is considered a moderate drought. The levels of drought on the peninsula have not changed since Oct. 1.

The U.S. Drought Monitor — produced in partnership with the National Drought Mitigation Center at the University of Nebraska-Lincoln, the United States Department of Agriculture and the National Oceanic and Atmospheric Administration — measures droughts using five levels — level zero being abnormally dry conditions with no drought, and the fourth level being an exceptional drought. The U.S. Drought Monitor Map is updated every Thursday.

Snow sits on the bluff near the Kenai Senior Center on Thursday, Nov. 14, 2019, in Kenai, Alaska. (Photo by Victoria Petersen/Peninsula Clarion)

Old Town Kenai woke up to a blanket of snow Thursday morning, and by Thursday afternoon Petersen Way was slushy and wet, shown on Thursday, Nov. 14, 2019, in Kenai, Alaska. (Photo by Victoria Petersen/Peninsula Clarion)