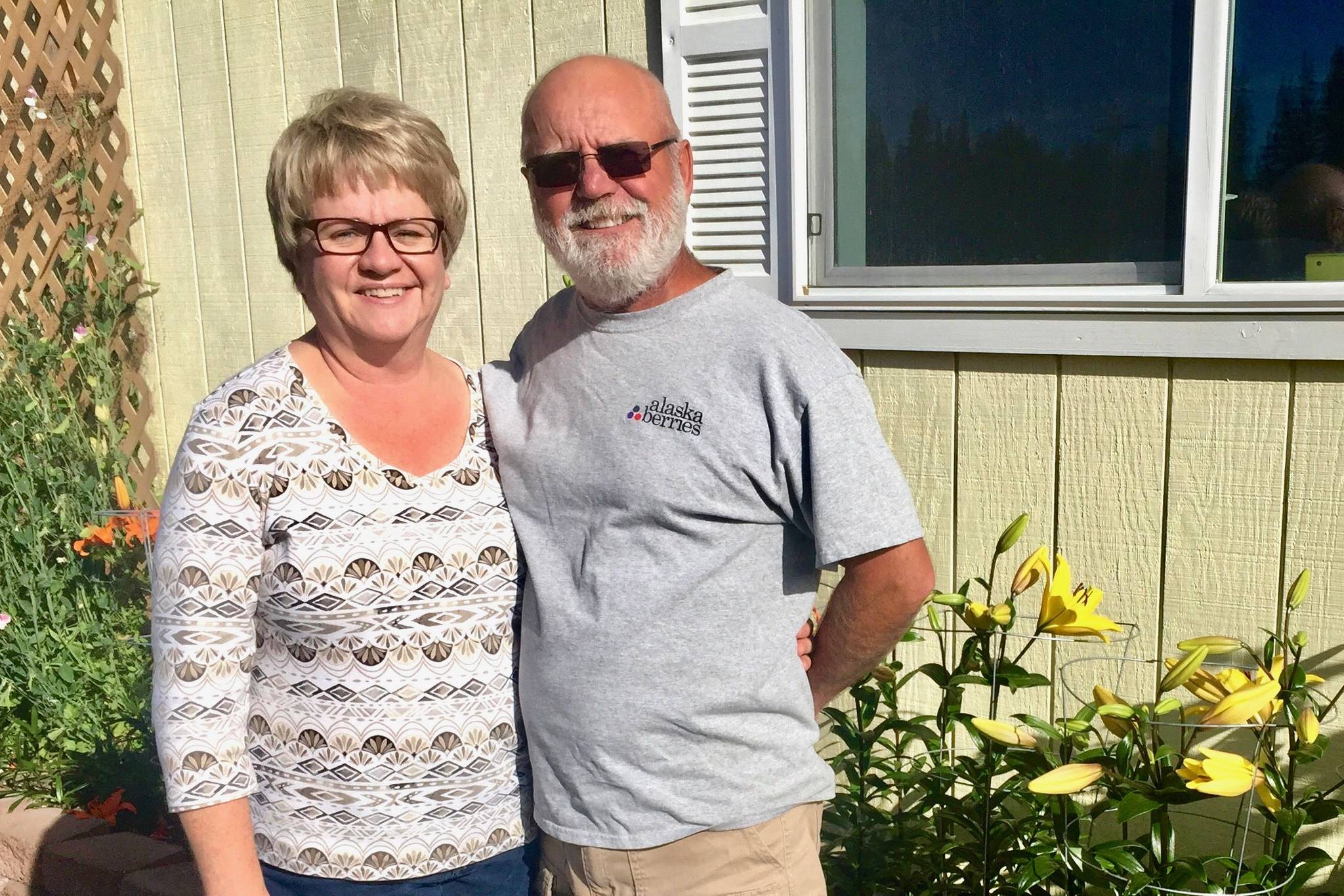 Laurie and Brian Olson at their farm on Wednesday, near Soldotna. The couple was recently named Farm Family of the Year by the Alaska State Fair. (Photo by Victoria Petersen/Peninsula Clarion)

Alaska Berries is exactly what it sounds like. Owners Laurie and Brian Olson cultivate a large variety of berries, from saskatoons to haskaps and everything between.

Their farm off Poppy Lane outside Soldotna is also home to their winery and tasting room. Alaska Berries is the only certified Alaska Grown winery in the state.

The couple both come from multi-generational farming families in the midwest. They moved to Alaska in 1990 from Montana. They began farming in the area in 2002, selling their produce at local farmers markets.

This year they were named the Alaska State Fair Farm Family of the Year. They will receive a plaque in a ceremony at the Alaska State Fair in Palmer later this month. The award was created in 2000 as a way to honor a farming family. The recipient is chosen by an award committee that from the Alaska Division of Agriculture.

Their wine received four medals from the NorthWest wine summit this spring as well. Their blueberry, red currant, gooseberry and rhubarb wine won two silver and two bronze medals. At the 2017 NorthWest Wine Summit, they won gold and silver medals for their haskap and black currant wines. The summit focuses on wines, ciders, sakes and spirits made in Alaska, British Columbia, Alberta, Saskatchewan, Montana, Wyoming, Idaho, Oregon and Washington.

Their tasting room is open noon – 6 p.m. Wednesday through Saturday until the end of December.

Q: How long have you been farming?

A: Brian Olson: We’ve always had our fingers in the soil.

Laurie Olson: We began planting and selling our vegetables at the farmer’s markets around 2002. Then we worked our way into berries around 2004. In 2012 we got licensed for the wine, and we opened our tasting room in 2014. From there it evolved into what it is today.

A: Laurie Olson: We thought there wasn’t much available at the farmers market and we thought we could provide that.

Q: What does Alaska Berries offer?

A: Laurie Olson: Our wines and cider, berries, berry plants, jams, vinaigrette, syrups and juice. We also raise bees, chickens and ducks. We also do U-Pick days when we have more than we need. We have one this week for our haskap berries.

A: Laurie Olson: Interacting with people and working outside with the plants.